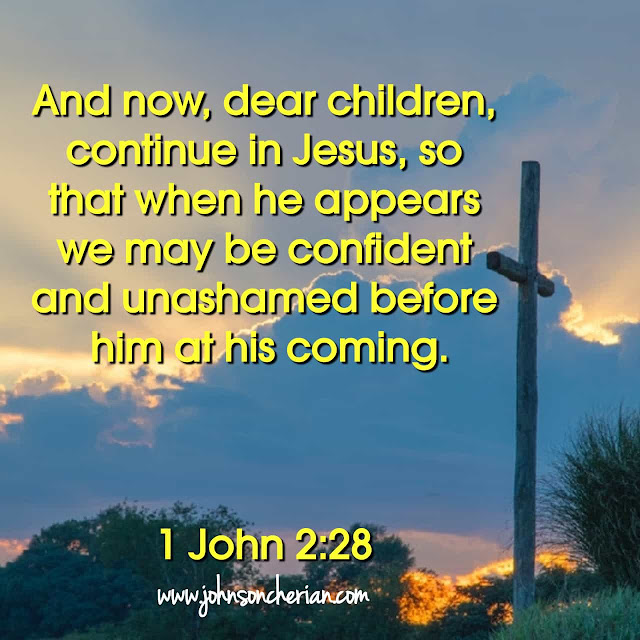 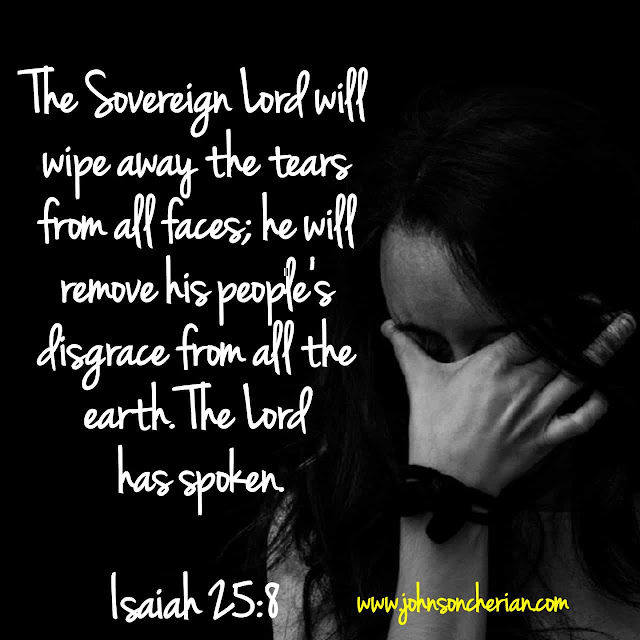 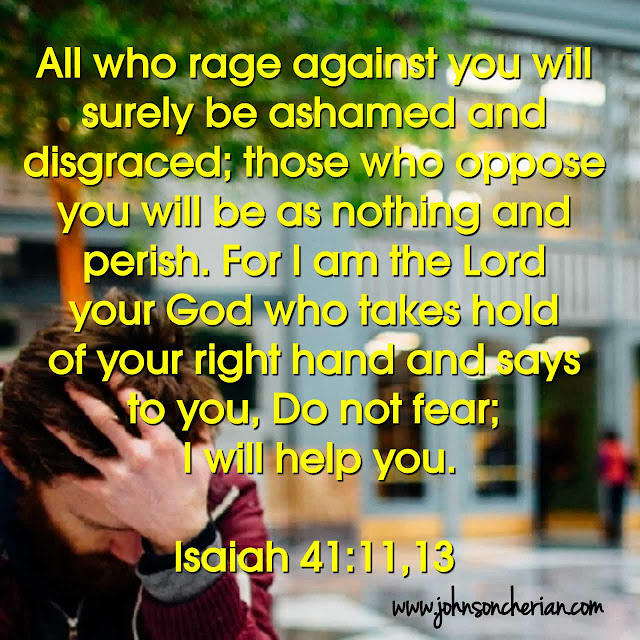 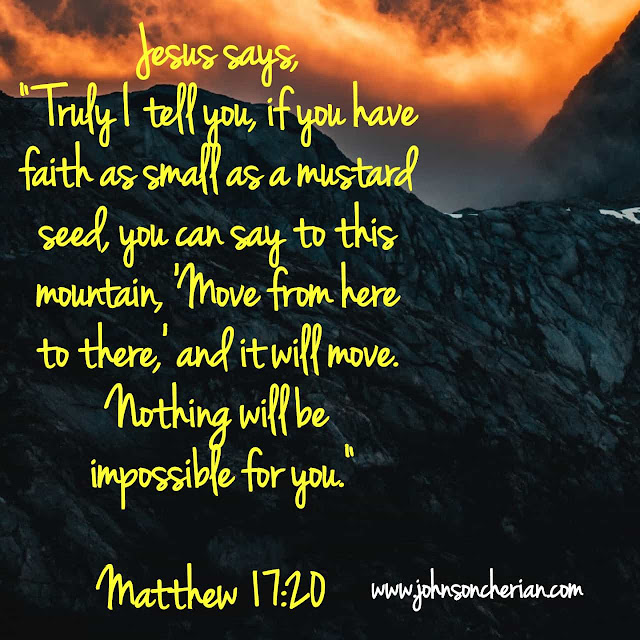 http://www.johnsoncherian.com
Posted by Dr. Johnson Cherian at 10:37 AM No comments:

In Christ, yet insecure!

Once a person is in Christ, he or she should feel secure knowing that their Savior is with them and will bless them and give them success as he desires, yet there are some who are just the opposite. They tend to be insecure and thus manipulative, trying to be one step ahead of others, craving success, praise and glory for themselves. Outwardly they may show that they care, but they tend to work behind your back and scheme things in a subtle fashion to put you down, making sure that a finger /fingers won’t be pointed at them for any wrong doing. They are jealous of others whom God has elevated to a position above them, so they scheme in their hearts to put the blessed ones down.

Jesus Christ, our Savior, found security in his solid relationship with the Father in heaven. Nothing else mattered to him than doing the will of his Father in heaven and that brought him the pinnacle of success and misery too. There was always a lot of commotion around him, people wanting to make him king, others wanting to murder him, the latter finally happening, since he chose not to be an ordinary man made king but the King of Kings as heaven had ordained.

How could he have felt secure while taking the form of a servant? Yet, there he is, washing the feet of his disciples, not condemning the sinners who came to him but showing mercy,  healing and delivering the masses without inquiring about their sins or for that matter, the sins of their forefathers. And has he changed? As far as I know, the Bible says, "He is the same, yesterday, today and forever."

Our security as believers in Jesus Christ is that Jesus our Savior loves us with an everlasting love; despite our short comings, sins and unrighteousness. That doesn't mean that he is okay with us sinning; far from it. He wants us to be holy and live righteously. But we don't need to scheme and manipulate others to achieve success and feel secure. In God's time success will come to us and that would be far more sweeter that what we try to gain ourselves by manipulating others.

http://www.johnsoncherian.com
Posted by Dr. Johnson Cherian at 10:31 AM No comments: 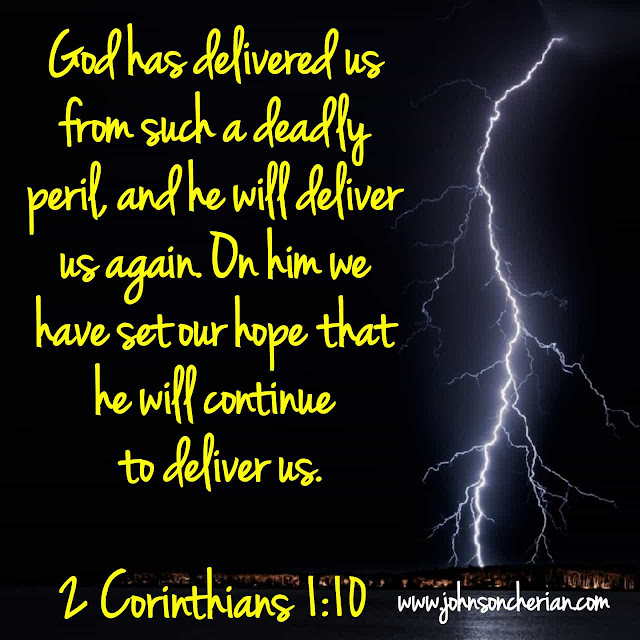 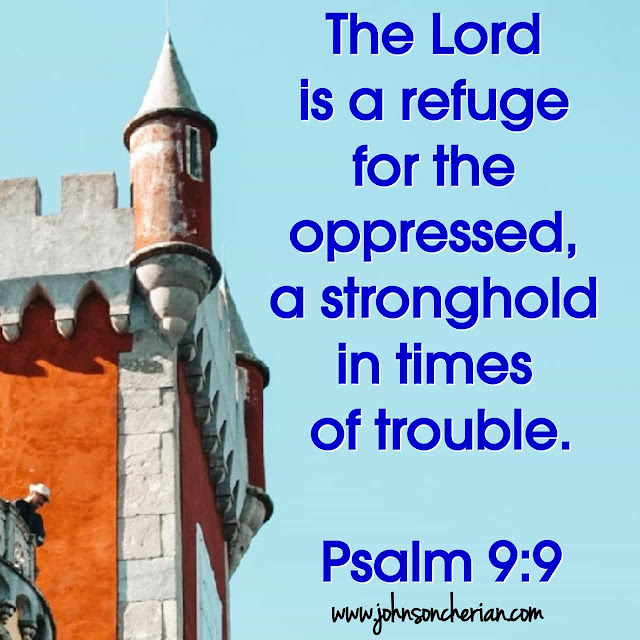 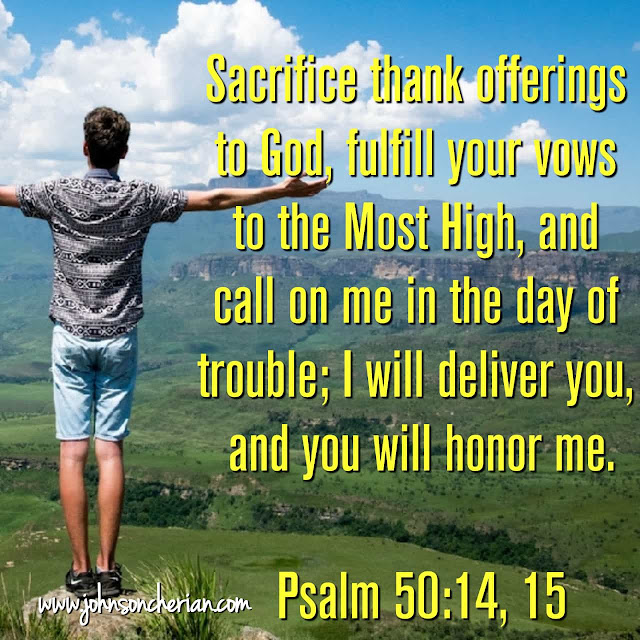 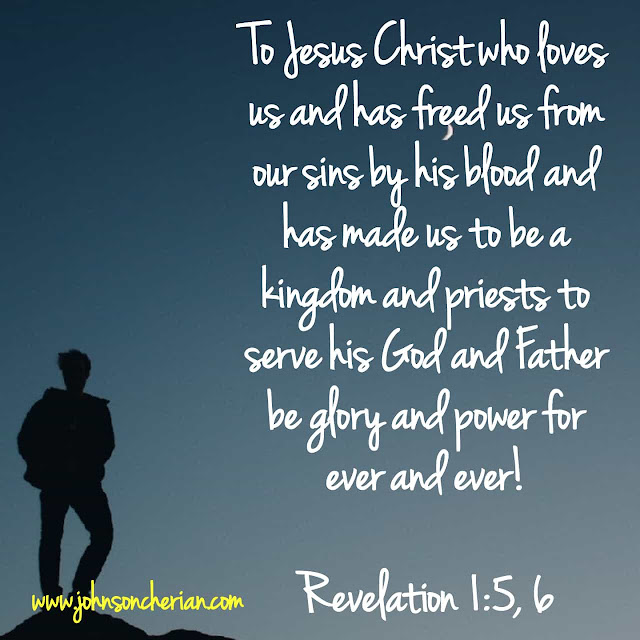 http://www.johnsoncherian.com
Posted by Dr. Johnson Cherian at 6:13 PM No comments: 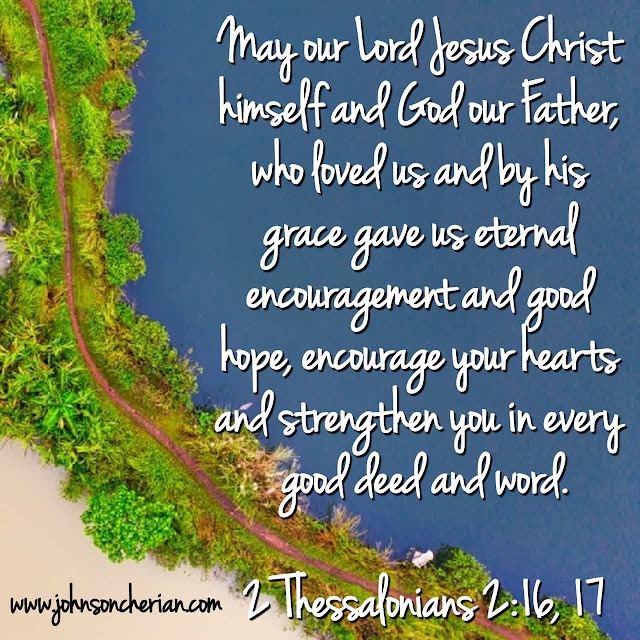 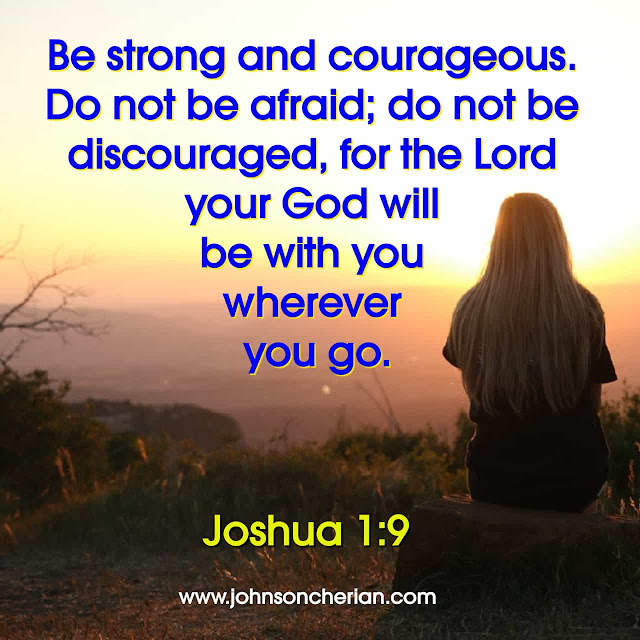 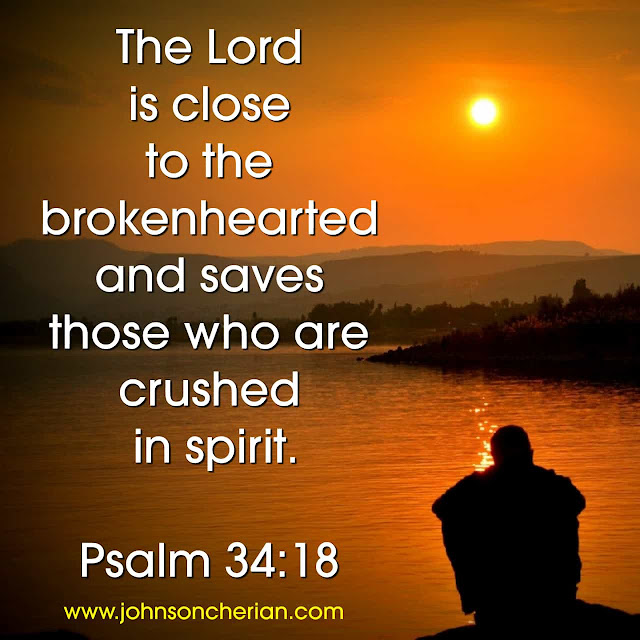 http://www.johnsoncherian.com
Posted by Dr. Johnson Cherian at 8:50 AM No comments: 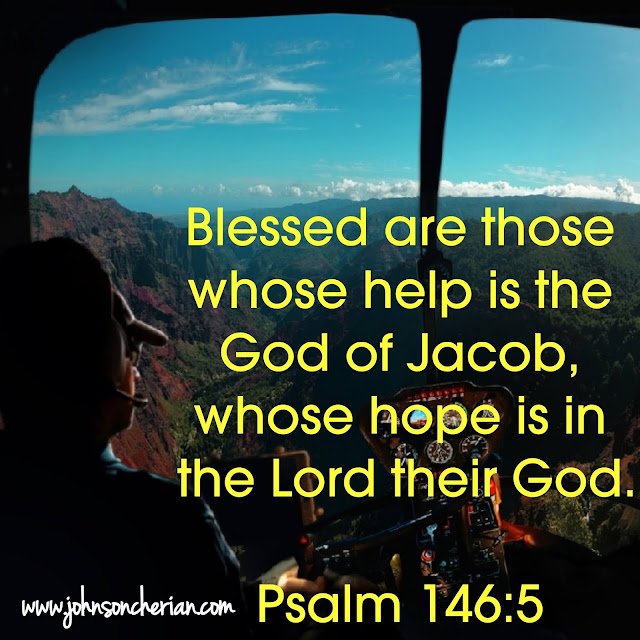 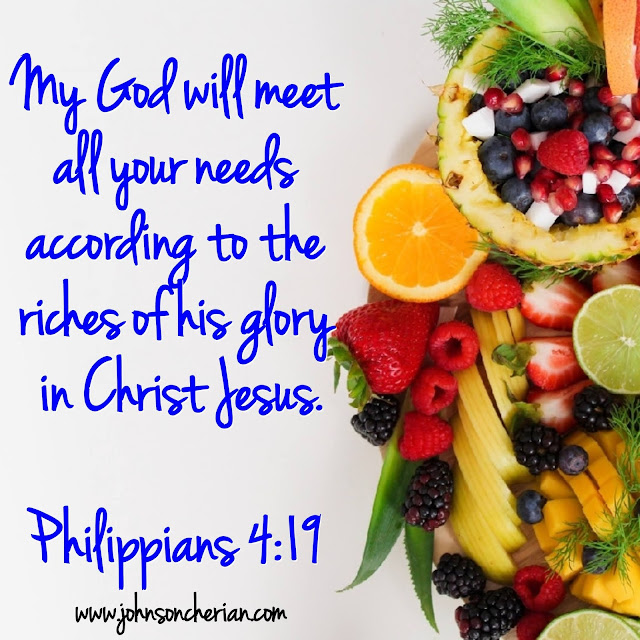 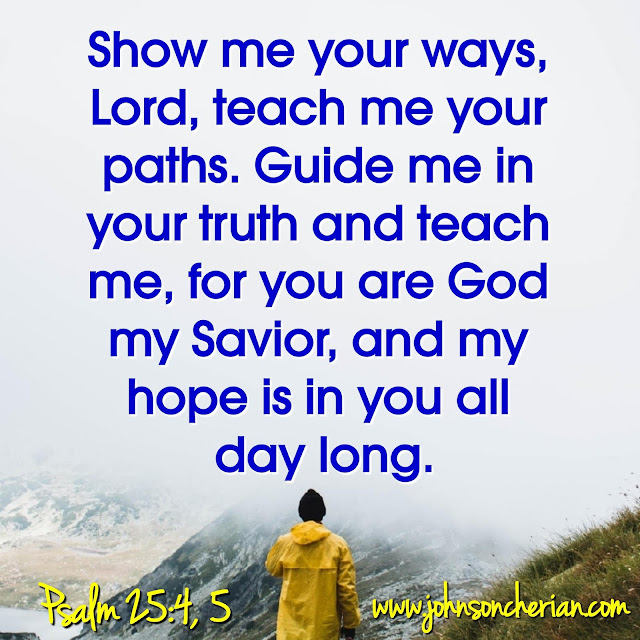 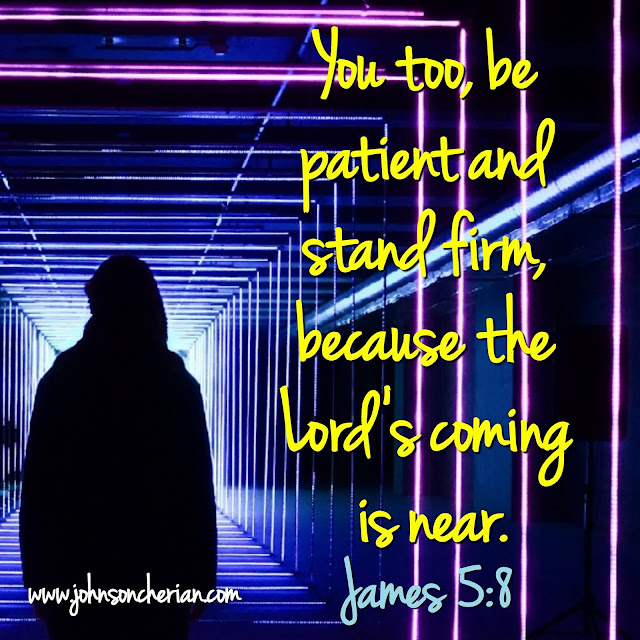 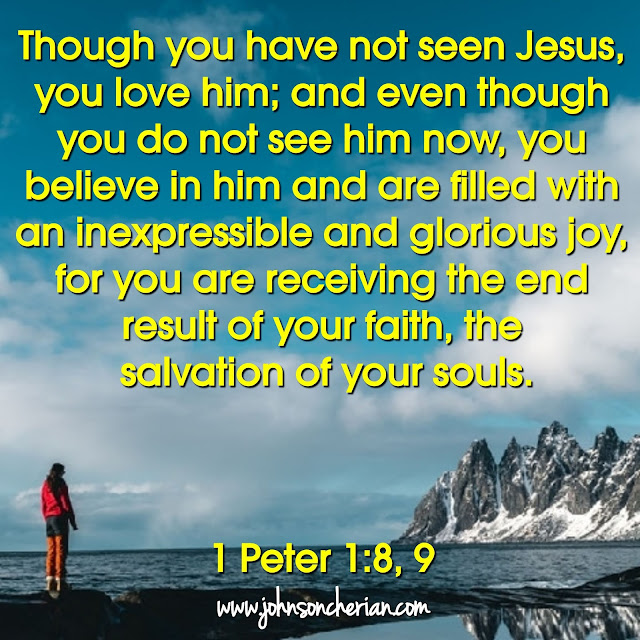 http://www.johnsoncherian.com
Posted by Dr. Johnson Cherian at 8:51 AM No comments: